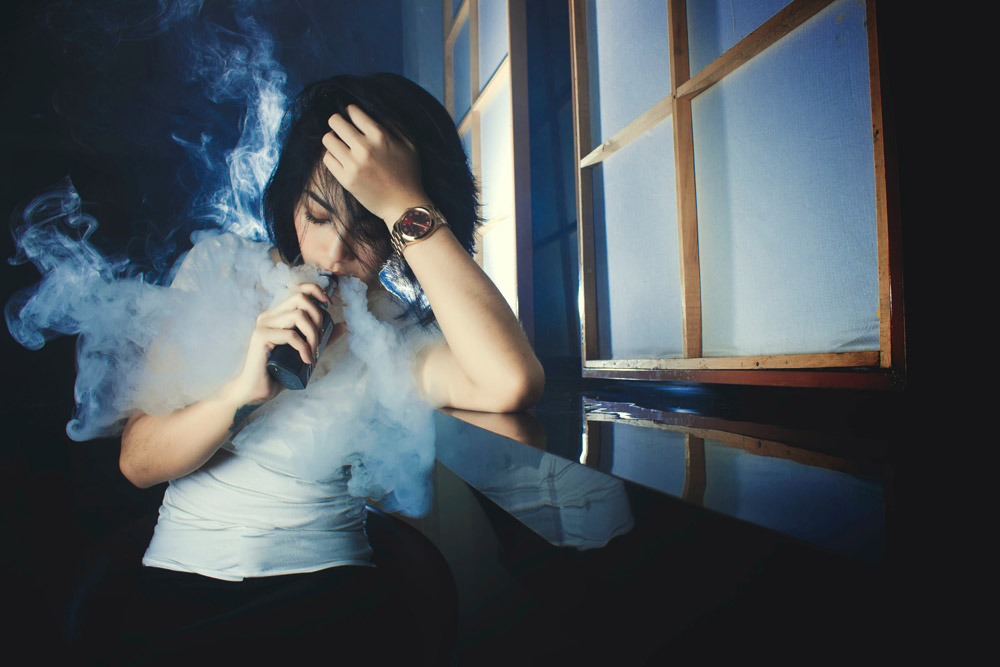 Are you or someone you love addicted to Juul or suffering from the symptoms of vaping lung disease?

The Bradenton-Sarasota area Juul attorneys at Heintz Law are accepting cases on behalf of people who have become addicted to nicotine or who are experiencing the symptoms of vaping-related lung disease as a result of Juul Lab’s targeted marketing efforts.

JUUL, the nation’s leading e-cigarette maker, controls over 71 percent of the market share of vaping devices. Juul engaged in a targeted marketing campaign directed at youth in the Bradenton-Sarasota area that has resulted in today’s epidemic in Florida and across the United States.

“Juuling” has become a part of the daily school life of teens in Manatee and Sarasota counties. According to the Bradenton Herald, the School District of Manatee County disciplined over 340 students for possessing or using e-cigarettes in schools in the 2018-2019 school year, which was an increase of over 15 percent from the 2017-2018 school year.

Results from the 2019 Florida Youth Tobacco Survey, which gathered data from 10,844 high-school and middle-school students, revealed that 16.6 percent of students vaped within the previous 30 days of being surveyed.

Juul targeted Bradenton-Sarasota teens on social media through the use of young models, bright colors, and tempting flavors like Mango, Mint, and Crème Brulee. Juul is at the center of several consumer lawsuits, one alleging an Indiana teen was enticed by the rainbow colors and fruity flavors later developed an intense and permanent nicotine addiction.

On Sep. 9, 2019, the U.S. Food & Drug Administration (FDA) issued a warning letter to Juul CEO Kevin Burns accusing the company of “marketing unauthorized modified risk tobacco products by engaging in labeling, advertising, and/or other activities directed to consumers,” including a presentation given to youth at a school. According to the letter, a Juul representative made the following statements to students:

Juul recently confirmed plans to cut staff and reduce hiring. Due to an increasingly unfavorable U.S. regulatory environment regarding vaping, Philip Morris International called off merger talks with Altria, the top investor in Juul. That merger would have created a $200 billion global power.

In response to the epidemic of youth now addicted to Juul, CEO Kevin Burns responded, “I’m Sorry.” Kevin Burns resigned in September 2019 and is being replaced by Big Tobacco executive K.C. Crosthwaite.

The vaping illness outbreak is known as “e-cigarette, or vaping, product use associated lung injury”, or EVALI, has now spread to every state except Alaska, Washington, D.C., and the U.S. Virgin Islands.

Although it is currently unclear what is causing the outbreak of vaping lung in Bradenton-Sarasota, the FDA has now warned the public to stop using THC vaping products and any vaping products obtained off the streets.

What is Vaping Lung?

Vaping lung lawyers and government agencies are investigating the cause of vaping lung, but consumers need to be aware of the symptoms of vaping lung injury so that they can seek medical assistance if necessary. If you or a loved one experiences any symptoms, you should refrain from using any e-cigarette or vaping products and seek medical attention immediately.

Medical experts worry that nicotine salts, such as those used by Juul to make its e-cigarettes, are sentencing young people to a “life of nicotine.”  Experts warn that these substances could cross the blood-brain barrier and lead to learning, memory, and attention problems, and cause young people to become addicted to other substances. The newest iteration of e-cigarettes reportedly has a higher level of nicotine than previous versions, making vaping even more addictive.

If you are a Bradenton-Sarasota teen addicted to Juul or vaping, the Substance Abuse and Mental Health Services Administration (SAMHSA) can direct you to a facility to assist you with quitting.

Organizations like Tobacco Free Florida have resources available that may help you quit for good. The Truth Initiative is another great resource, and there’s a free text message program that has been set up to give teens the support they need to get off Juul. You can access the program by texting “DITCHJUUL” to 88709.

What are the Withdrawal Symptoms of Juuling/Vaping?

Symptoms of Vaping and Juul withdrawal include the following:

Local, state, national, and international regulators are scrutinizing the e-cigarette industry, but many agencies have become the subject of scrutiny themselves. U.S. lawmakers recently grilled the CDC and FDA, accusing the agencies of dropping the ball in regulating the vaping industry.

Frank Pallone Jr., D-N.J., the chairman of the House Energy and Commerce Committee, recently attributed the dramatic increase in teen e-cigarette use and subsequent illness outbreak to a 2017 FDA decision to delay its review of those products.

Heintz Law is known to get big city results with small-town values. We are backed by a team of experienced lawyers that are ready to take on Juul labs and Big Tobacco, but we are also parents and friends of people addicted to Juul. We are committed to making a difference in this vaping epidemic.

If you or your family is battling a nicotine addiction or a lung disease that is related to Juul or another e-cigarette product, call the experienced personal injury attorneys at Heintz Law at 941-748-2916 or contact our law firm online.