Levaquin, Cipro, and Avelox are very popular antibiotics prescribed to millions of people nationwide. They belong to a class of antibiotics known as fluoroquinolones.  However, these drugs and their manufacturer, Johnson & Johnson, have recently come under heavy scrutiny, again. 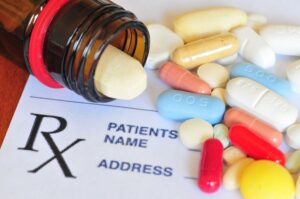 All of the drugs in this class are currently involved in a class action lawsuit as a result of their debilitating side effects. Plaintiffs involved in the litigation claim to have suffered from serious conditions such as peripheral neuropathy, aortic aneurysms, and aortic dissection as a result of taking these medications.  Some of these side effects have even resulted in permanent injury.

Although the FDA required that peripheral neuropathy be cited as a side effect on the warning labels of all fluoroquinolone packaging in 2013, the warning did not appear to be sufficient in making the prescribed patients aware of the risk they were assuming.

The warnings given by manufacturers seem to have been written in a fashion that led people to believe that nerve damage was a rare consequence of taking these drugs. It is also alleged that despite empirical data, they all together neglected to tell patients and doctors that the nerve damage could be irreversible.

Many patients reported numbness and tingling in their hands and feet immediately after starting their medication that has lasted well after finishing their prescribed regimen.

Even scarier is the risk of aortic aneurysms and aortic dissection that were not listed on the warning labels until recently. In a 2015 study, Dr. Chien-Chang Lee, M.D. was unable to establish a definite cause and effect relationship between the medications and aortic aneurysms.

Prior studies conducted between 2008 and 2015 demonstrate a link between fluoridated drugs and the interruption of production and also the breakdown of collagen, a main component of muscle tissue, tendons and even arteries.

In addition, prior warnings added to these drug labels following those studies demonstrated a possible link to detached retinas and muscle, tendon and joint conditions. This information led to a class action lawsuit that was settled in 2012 and could point to the manufacturers having prior knowledge.

For now the FDA has determined that this classification of drugs will have what is commonly referred to as a “black box” warning. This type of warning is used when there is reasonable evidence of a negative side effect occurring following the use of the medication.

In the statement issued in May about this issue, the FDA says it appears, “the serious side effects associated with fluoroquinolone antibacterial drugs generally outweigh the benefits [for some conditions in individuals] who have other treatment options.” The statement also went on to state the previous safety information associated with the use of these medications.

If you or a loved one has suffered from peripheral neuropathy, aortic aneurysms, or aortic dissection as a result of taking these medications contact the attorneys at Heintz & Becker right away. Call (941)-748-2916 to see how we can help.