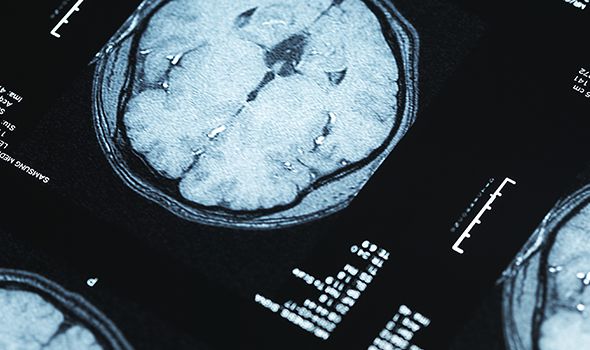 Nearly everyone knows about the infamous incident involving former Florida State University football player Jameis Winston leaving a Tallahassee Publix Supermarket without paying for $32.72 worth of crab legs.  But what about the time former University of North Carolina offensive lineman Ryan Hoffman, homeless and hungry, who was arrested for stealing an eight-piece fried chicken bucket from a supermarket?

Two decades after his glory days as a star offensive lineman, Hoffman, homeless and suffering from severe mental issues, drove his bike into oncoming traffic and was killed on November 16, 2015 at the age of 41.

Hoffman sustained an unknown number of "hard hits" playing high school and college football, sometimes resulting in headaches and vomiting afterwards.  He had at least one known concussion, and perhaps others, but he kept quiet to keep from losing his playing position and to pursue his dream of becoming an NFL star.

But the NFL was not interested in Hoffman and his father took him in after he graduated from college.  He had no job, trouble sleeping, headaches, dizzy spells and complained that he would hear noises like shotgun blasts inside his head and see flashing lights.  He began to get into fights, steal, to use marijuana and abuse Valium.

Although doctors could not figure out what was wrong, Hoffman's sister came across information about a brain disease called "chronic traumatic encephalopathy" or "C.T.E.", which can occur in football players and others who have suffered repeated blows to the head.  Hoffman had the symptoms of C.T.E. - depression, sensitivity to light, memory loss, lack of impulse control and aggression.  Hoffman's sister sought assistance and Hoffman was offered help from the University of South Florida and UNC alumni.  After having some initial testing, Hoffman decided not to undergo the follow up testing that was recommended.  I didn't like them prodding," he said. "I'm afraid they will tell me something I don't want to hear."

Hoffman is only one of a multitude of former football players whose lives may have been turned upside down due to football-related brain injuries.  The Concussion Legacy Foundation (formerly the Sports Legacy Institute) reports being flooded with calls from former players and their families who are afraid they have or may develop brain disease as a result of being hit in the head on the football field.  Former players and their families are "starting to connect the dots, because the players are literally watching themselves change," said one of the institute's founders.  Sadly, there are thought to be so many former college football players affected that "even if the N.C.A.A. paid a billion-dollar settlement, it may not be enough." This is according to Ramogi Huma, president of the recently established National College Players Association.

Not long before his death, Hoffman told a news reporter who had become interested in his story, "something is wrong with me. I don't know what it is, but I used to be normal. "  Hoffman and his family believed football -related brain injuries were at least partly to blame for the tragic unraveling of his life.  Hoffman's family plans on keeping a promise they made to Hoffman that when he died they would have his brain tested for C.T.E. - there is currently no test for C.T.E. that can be done while someone is still living.  Now, after years of not knowing, his family will finally be able to know the truth.

The brain injury attorneys at Heintz & Becker believe that even though Ryan Hoffman and the multitude of others like him never became big NFL stars, their stories deserve to be told.  If you or a member of your family could be suffering from brain injuries from playing football or another contact sport, we invite you to contact us.  We will provide you with a free, no-obligation legal consultation to discuss your case.