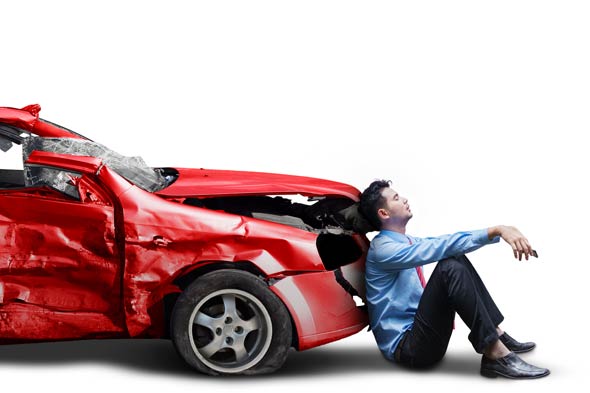 If you ask Americans what threatens their safety or health, you’re likely to hear a gamut of impassioned responses. The perception of threat is largely influenced by what people see in the media, and the media hasn’t done a great job of educating people on traffic fatalities, especially compared to other concerns that get more attention and airtime.

Traffic fatalities are much more common with lifetime odds equal to 1 in 114. The only injuries you’re more likely to die from (excluding suicide) are heart disease (1 in 7), chronic lower respiratory disease (1 in 28), and unintentional poisoning (1 in 96).

There are several factors that explain the increase in traffic fatalities: first, economic growth has put more drivers on the road to work for a 3.3 percent increase in total miles driven, compared to 2015.

Second, technology has changed the way people drive. Distracted driving, which often involves a cell phone, caused 10 percent of all fatal crashes in 2015 and 15 percent of all injury crashes the same year.

The world is changing, but the way we drive has not.

The U.S. Takes Aim at Zero

In 1994, The Vision Zero project was born in Sweden and three years later written into law. The objective of the Road Traffic Safety Bill is simple: no loss of life is acceptable.

With support from its government and industry, Sweden was able to significantly reduce traffic fatalities and today has the world’s lowest traffic death rate, or approximately 3 traffic deaths per 100,000 people.

During the last decade, car safety features have advanced to include new technologies such as electronic stability control systems, rearview cameras, and extra airbags. Hundreds of millions of dollars have been spent to curb dangerous driving behavior, and yet, in the last two years, traffic fatalities have increased by 14 percent—the largest increase in half a century.

For U.S. public safety agencies, the sudden increase is alarming:

“The really sad part is that in the United States we accept 35,092 people dying on the roadways and thinking that's okay,” said Mark Rosekind, head of the National Highway Traffic Safety Administration.

Since drivers don’t seem to respond to fact-driven information, new strategies are being developed that focus on the stick as well as the carrot.

For example, seat belt enforcement and speed reduction laws will be some of the first changes implemented by the coalition. But they’re also giving away grant money to encourage cities to come up with their own localized solutions.

Technology and infrastructure will also play a large role in shaping the future of U.S. roadways. As self-driving cars and other automated technologies hit the streets, the design of public roads will change to reflect alternative travel modes like public transport and areas where bikers and pedestrians can use the roads safely and equitably.

In Sweden, a premium is put on safety over speed and convenience—a transportation model that, in some ways, is the antithesis of American driving culture.

In the U.S., the freedom and independence of learning to drive is not seen as a responsibility shared by all, but a personal right that is expressed in every choice one makes behind the wheel: from the kind of auto purchased, to the way in which it is used, safely or otherwise.

According to a report by the National Highway Traffic Safety Administration, in 2010, there were 32,999 people killed in traffic accidents, 3.9 million people were injured, and 24 million vehicles were damaged in motor vehicle crashes in the U.S.

However, the impact of traffic accidents doesn’t end with economics; every traffic fatality is a family member, a friend, a mother or father, a daughter or son. The social impact of these lives lost can’t be measured in dollars and cents.

If you or someone you know was injured in a car accident, the knowledgeable car accident attorneys at Heintz and Becker can help.