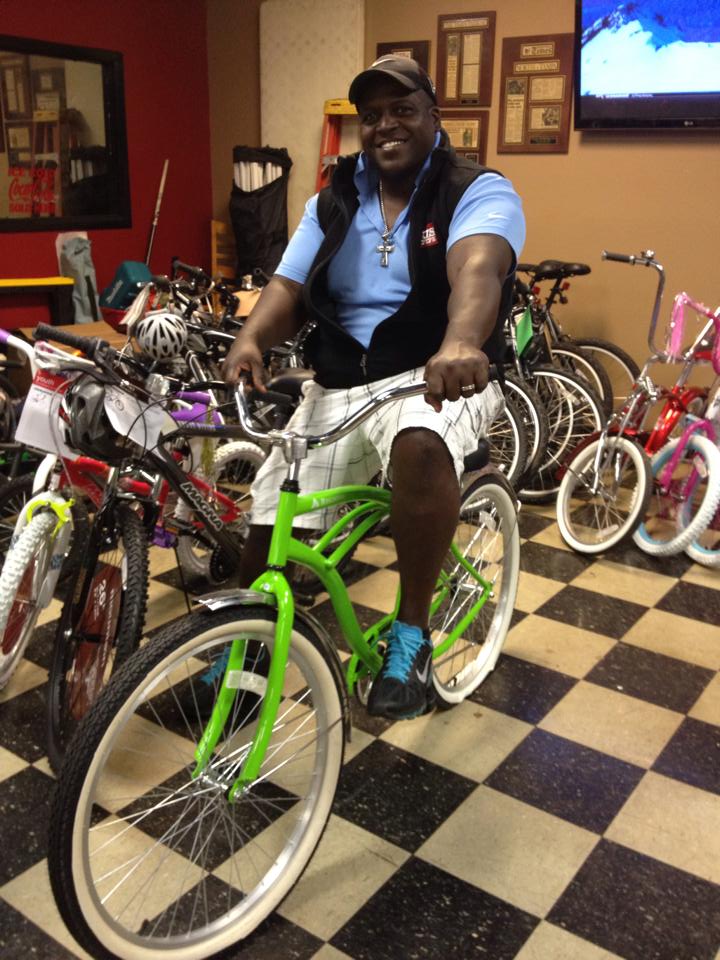 Tampa area restaurant owner and community favorite, Alex Cooks, 49, has died from injuries sustained in a motorcycle crash on Fletcher Avenue on Monday, June 8, 2015.  Cooks' motorcycle struck another vehicle while Cooks, who was wearing a helmet, exited a supermarket parking lot into oncoming traffic.  As the news of the tragedy has spread, mourners have been leaving items at a growing memorial outside of Cooks' Carrollwood restaurant and posting messages on Alex's BBQ's Facebook page.

As a child, Alex Cooks Sr. grew up without a bicycle.  As an adult, he found success in his restaurant, Alex's Southern Style BBQ and satisfaction in helping to give away thousands of brand-new bicycles to Tampa area children every Christmas since 1999 through the foundation named Alex's Xmas for Kids.  "Just knowing that there are kids waking up Christmas morning with nice new bicycles under the tree ... that's the most gratifying part," Cooks once said.  A giver in life, Cooks will now be a giver in death, through the generosity of organ donation.

Cooks' wife, Amee Cooks, says the family will continue to operate Alex's Southern Style BBQ.  The Cooks family will also see to the continuation of Alex's Xmas for Kids and requests that people donate to the charity in lieu of sending flowers.  Cooks' son, Alex Cooks, Jr., plans on given back to the community too.  He will be sworn in as a Polk County deputy next week. He just wishes his father could be there for his swearing-in ceremony. "I know that he was excited for next Thursday. I feel like he left proud. So that makes me feel better."

The accident attorneys at Heintz & Becker offer their sincere condolences to the Cooks family.  Tragic accidents like this happen far too often in our area, and, sadly, most of them are preventable.  We ask drivers to always look out for motorcycles, be courteous and share the road.  Your care just may prevent an accident like this from happening.